What do children’s choir conductors need?

Developing your work with children’s choirs.

In this session, we will provide a space to reflect on our work as childrens’ choir conductors.
We will reflect on our knowledge and teaching philosophies, practical elements of rehearsals and the wider needs of us, as conductors, and our choir members. We will start with thinking about models of vocal education with children, then we will go deeper into questions about the professionalisation and competences of choir conductors working with children. Throughout the session, we will reflect on working with children in settings of collective singing.
This will be an interactive session where we will work in small groups reflecting on your practice in order to develop current choir practices. 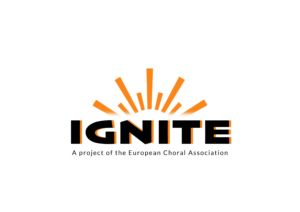 Motje Wolf is an internationally published researcher in the field of technology enhanced music education. Motje’s research focuses on music education related to music technology, especially on teaching sound-based music within the music classroom. She has conducted studies regarding the pupil’s and the teacher’s experience of teaching and learning sound-based music. Being a professional singer herself, Motje has developed a strong interest in different teaching models of singing. She co-founded the special focus group ‘Singing in Music Education’ (SiME) of the European Association of Music in Schools (EAS) and sits on the steering committee. Within SiME Dr Wolf is involved in international research projects and helps to develop singing research throughout Europe.

Helmut Schaumberger studied music education in Vienna and received his doctorate in music education in 2018 with a thesis on the professionalisation of children’s and youth choir conductors at the University Mozarteum Salzburg. Through his work as National Coordinator of Austria for the European Association for Music in Schools (EAS), Helmut Schaumberger is in close contact with researchers and teachers in Europe and beyond. He is the founder and leader of the Special Focus Group Singing in Music Education and publishes regularly in journals with his colleagues in the leadership team of this group.

Claudia Franzen studied Music in Education at the Conservatorium Maastricht. Afterwards, she followed the master’s course ‘Music education according to the Kodály Concept’ at the Royal Conservatory The Hague. As part of this master’s degree, she completed in 2019 her second year at the Kodály Institute in Kecskemét, Hungary.
From August 2019 until January 2022, Claudia worked as a primary music teacher at an international school in Cologne, Germany. Since February 2022 she has been working as a music teacher at the Marnix Academy, a teacher training programme for general primary teachers. In recent years she attended various courses aimed at both (children’s) choral conducting and music education.
Since 2019 Claudia Franzen has been conducting the Children and Youth Choir of the Limburgse Koorschool in Beek and Maastricht. This year the choir sang for the king and queen during Kings Day in Maastricht, sang during the national children’s commemoration in The Hague and formed the children’s choir in Benjamin Britten’s opera A Midsummer Nights Dream performed by Opera Zuid. Together with a team of music teachers, she is developing a partly digital solfege method based on the Kodály Concept.

Carlo Pavese is an Italian conductor, who has decades of experience working with children’s choirs. He is also the former president of the European Choral Association.

The status of singing in European school curricula