I Fagiolini is internationally renowned for its genuinely innovative productions. The eight-headed vocal ensemble are described as ‘musical shapeshifters’, led by Robert Hollingworth and his ‘giddy, eclectic imagination’. The group creates interdisciplinary and conceptual programmes. Their theatrical musical performances receive great critical acclaim worldwide. Productions include How Like An Angel (with Australian contemporary circus company C!RCA), Tallis in Wonderland (a digitally enhanced programme with live and recorded voices). And projects around the old master Monteverdi with singer and opera director John La Bouchardière, among others.

Touring more art and music, I Fagiolini – Au Naturel is a rich choral calendar inspired by Pieter Brueghel the Younger’s The Seasons, particularly poignant in our changing climate. The programme featured in I Fagiolini’s Moscow debut as part of the British Council’s ‘UK-Russia Year of Music’. A new programme based on T.S. Eliot’s ‘The Waste Land’ will showcase a series of five modern Nocturnes including Victoria’s Tenebrae Responsories, the Lamentations of Jeremiah and Lassus’ Sibylline Prophecies. This will be premiered in 2021 for the Tenebrae Festival. Reprising its collaboration with Scottish Ensemble, an immersive Purcell dance programme, A Purcell Phantasy, is also in planning.
For more information, please check their website.

The concert by I Fagiolini is included in the registration fee of the passe partout.
Single tickets of the concert can be bought from 2 June 2022 via this dedicated link. 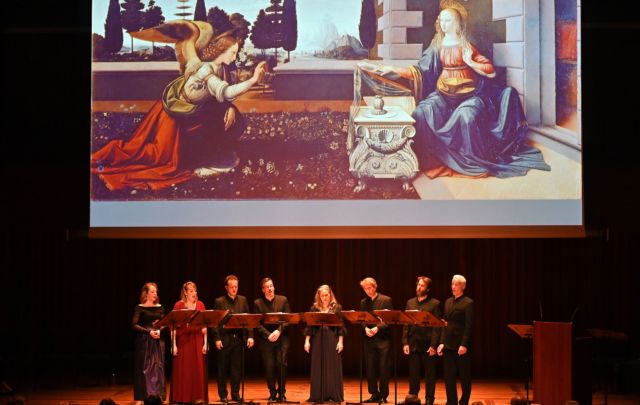